ATX power supplies is the most commonly used form factor today. It is an open, nonproprietary industry specification originally developed by Intel in 1995.

ATX improved upon AT. By making adding and removing components easier, providing greater support for I/O devices and processor technology, and lowering costs.

With ATX, components on the motherboard are arranged so that they don't interfere with each other and for better position inside the case. 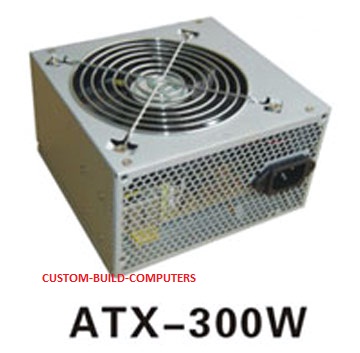 In addition, the position of the power supply and drives inside the case makes connecting them to the motherboard easier and makes it possible to reduce cable lengths, which can help reduce the potential for EMI (electromagnetic interference) and corrupted data.

Connecting the switches and lights on the front of the case to components inside the case requires fewer wires, making installation simpler and reducing the potential for mistakes. 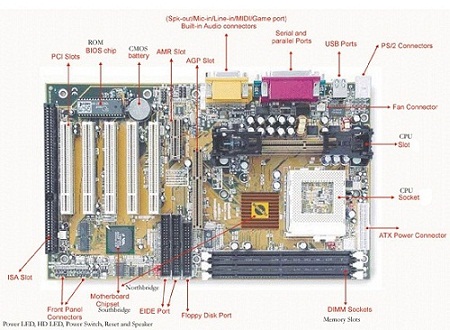 Instead of sitting in front of the expansion slots, the CPU and memory slots sit beside them, preventing interference with full-length expansion cards. ATX is an evolution of the Baby AT form factor and blows air out of the case, as did Baby AT.

The First ATX Power Supplies And Motherboards; They use a single power connector called the PI connector that includes, in addition to the voltages provided by AT, a +3.3-volt circuit for a low-voltage CPU.

The first ATX PI connector has 20 pins. The electrical requirements for motherboards change over time as new technologies make additional demands for power.

When processors began to require more power, the ATX Version 2.1 specifications added a 4-pin auxiliary connector near the processor socket to provide an additional 12 V of power.

A power supply that provides this 4-pin 12-volt power cord is called an ATX12V power supply. While the computer is on, the OS goes through a normal shutdown procedure before powering off. There are several variations of ATX.

The Mini-ATX, a smaller ATX motherboard (11.2" x 8.2"), can be used with ATX cases and power supplies. FlexATX allows for maximum flexibility in the design of system cases and boards and therefore can be a good choice for custom systems.

FlexATX is used in slimline and all-in-one cases. Later, when PCI Express slots were added to motherboards, more power was required and a new ATX specification (ATX Version 2.2) allowed for a 24-pin PI connector.

The extra 4 pins on the PI connector provide 12V, 5V, and 3.3V pins. Motherboards that support PCI Express and have the 24-pin PI connector are sometimes called Enhanced ATX boards.