How To Get a System Bios Controls Up And Going

The startup BIOS Controls is programming contained on the firmware chip on the motherboard that is responsible for getting a system up and going and finding an OS to load.

A successful boot depends on the hardware, the BIOS, and the operating system all performing without errors. If errors occur, they might or might not stall or lock up the boot.

Errors are communicated as beeps or as messages onscreen. The functions performed during the boot can be divided into four. The first two items in the list are covered in detail. The last two steps depend on the OS being used and are covered. 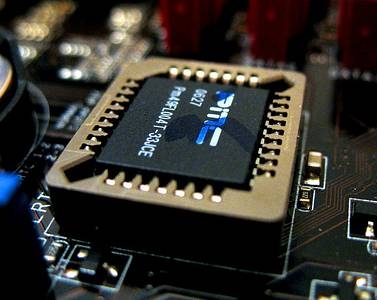 The startup BIOS surveys hardware resources and needs, and assigns system resources to meet those needs.

The startup BIOS begins the startup process by reading configuration information stored primarily in CMOS RAM, and then comparing that information to the hardware—the processor, video slot, PCI slots, hard drive, and so on.

(Recall that CMOS RAM is a small amount of memory on the motherboard that holds information about installed hardware.)

Most new BIOS controls support loading the OS from the hard drive, a floppy disk, a CD, a DVD, or a USB device.

The BIOS turns to the specified device, reads the beginning files of the OS, copies them into memory, and then turns control over to the OS.

This part of the loading process works the same for any operating system; only the OS files being loaded change.

The OS also loads the software to control installed devices, such as the mouse, the video card the DVD driver, or the scanner. these devices generally have device drivers stored on the hard drive. The Windows desktop is then loaded.