Best ways on fixing CPU problems. When a CPU dies, it is dead. Still, you might be able to fix some scary problems. The following are classic sysmtoms of dead or dying CPU: 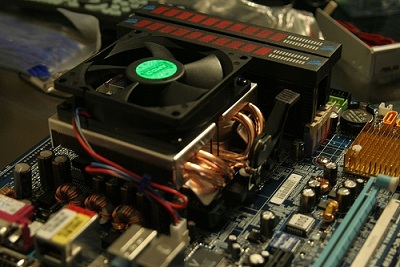 If you encounter these symptoms, you should consider the possibility that the CPU is the culprit. To check and go on about fixing CPU problems, do the following:

If everything seems in order, the problem might be with your system setup. Do the following

Remember, these steps just cover CPU diagnostics. serveral other problems can cause the same symptoms. Other areas to suspect are

In general, your best defence against CPU failure is prevention. Avoid overcrowding your PC's case or blocking air vents with books or papers. Also try not to jar the PC, because this can unseat the CPU or break the CPU fan.

Periodically clean out the inside of your system box with a soft brush or compressed air. When fixing cpu problem make sure to take special care to ensure that the air vents on the power supply aren't blocked by debris. That simple problem will eventually lead to overheating, followed by failure of the power supply, fan. or CPU. 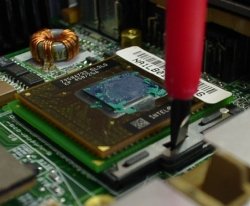 You should be expecially conscientious about cleaning your PC's insides if the system sits in an area with pets or where poeple smoke. Both tent to leave extra blocking matter in the PC's chassis.

Also, if you system box on the floor, those vents tend to clog over time. Also, be sure to act on act on problems swiftly. If you notice a lack of fan noise from your power supply or auxiliary CPU fan, make sure you replace the unit promptly to avoid overheating. If you notice problems cropping up soon after a power outage, a power spike might have damaged the CPU.