The amazing best guidelines for dealing with PC application errors tips guide. By and large, most computer malfunctions can be classified as either hardware errors or software errors.

The latter are the most common and every computer must have faced this problem at least once in its lifetime. The following is a small guide to enable you to spot and deal with common application errors.

Guidelines For Dealing With PC Application Errors Scan For Malware 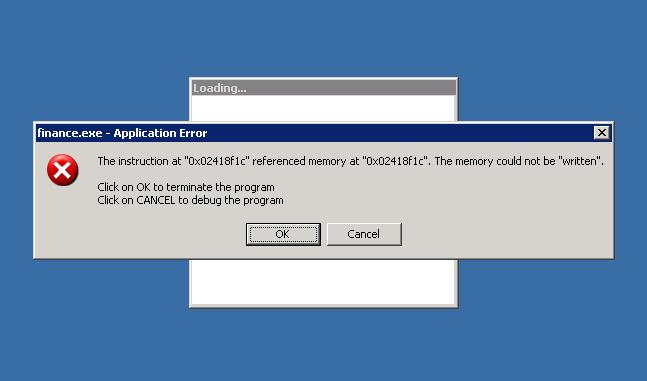 Malicious programs such as viruses, Trojans and worms may delete or alter files found in the targeted application. When a user tries to access that particular program, an error will be shown indicating that a certain file is either missing or corrupt. Scanning with a good antispyware or antivirus for malware once in a while will help keep this issue at bay.

Having a corrupt or unclean registry may be the cause of recurring errors. There is software in the market, which are made to fix such issues. They can also defragment your registry making your PC run faster in the end.

A user may receive a particular error when trying to run certain software. In such a case, reinstalling the troubled application may fix the issue. Make sure you use the built in uninstall/install utility or a third party software specialized for the installation and removal of programs. Deleting the folder of the application is highly dissuaded as this may lead to a host of other errors.

Some application errors may come up as a result old and obsolete drivers. To solve this, simply update the drivers of the hardware component in question by either downloading the driver itself or using third party software, which will automatically detect the outdated driver and download the update.

Carry Out A System Restore

When some major alterations have been made to the most critical software, some errors may come up as a result. The best thing to do is to restore the operating system to a previous version recorded. This will usually fix the problem. If not, then the operating system has to be re-installed again.