Are you having PC electrical Power problems? The main problem that is related to PC power is when the computer fails to start or run. This problem can easily be fixed by different methods.

The very first solution would be to ensure that the cables which connect the power source and the computer are properly plugged in. The switch at the section of the line voltage should also be set correctly, depending on the country or state which one is in.

one could try outlets through connecting a different kind of electrical device and reset power cables as well as hard disk drives. However, PC Electrical Power, if the PC doesn't go off when one presses the on button, the solution is to press the button for a long period until it goes off.

If one experiences the computer automatically shutting down, it may be because e its in a place where the climate is too hot, one should therefore cool it down by taking it to a less hot place and making sure the vents are working properly. 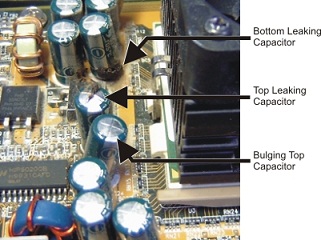 Another PC power issue could be incorrect display of date and time. This could be an indication that the clock battery is worn out and may need to be replaced. This is thus an electrical problem which is very easy to fix.

However, the PC batteries usually last up to seven years, therefore this problem is not very common. Also, a common power electrical problem is an invalid non system or system disk or error displays.

These displays could be gotten rid off by taking out the disk and pressing the space bar key as soon as the activity of the drive stops. Electrical interference could also cause a screen to be shaky and the words appear wavy or jumpy.

This could easily be fixed by moving away any fans, radios, speakers or other electrical devices away from the computer so that the waves are not interrupted. Another issue is when the green light fails to show on the monitor.

This light is usually an indication that the computer is on and ready for use. However, if the computer is switched on the light fails to show it means that there is either a lose connection or the CP isn't receiving enough power.

This problem is easily fixable by checking to see if the plug of the monitor is connected to the main switch. One should then remove the cord that's at the back of the monitor and place it back then plug the monitor's cord into a totally different outlet then observe if there are any changes. Most probably, the green light will show after doing this.