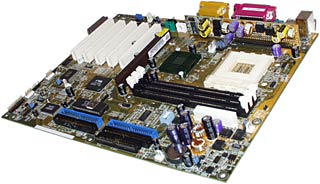 Socket 462 PC motherboard is also called socket A and has evolved from 100 MHz in its initial launch to 200MHz FBS.

All along, it has maintained its pin compatibility. However, compatibility between the older chips and modern processors is limited by timing, voltage, voltage and clock differences. Socket 462 PC motherboard processors have a small load limits as compared to other processors such as socket 478.

This leads to the cracking of the processors as one try to attach or remove heatsinks for fragile processors. This makes installation of non-certified solution of heatsinks a risky business.